Niccolò Berretta, together with REDValentino, makes us take the train to Termini station

Niccolò Berretta is a photographer and director of photography. He has worked on numerous documentaries, video clips and short films and collaborated with various fashion and luxury brands. Since 2009 he has been taking photographs at the Termini station in Rome.

REDValentino is pleased to announce its feature in Stazione Termini, Lookbook 2009-2021, the first book by photographer Niccolò Berretta, who for more than ten years, has been photographing the people who populate the largest railway station in Rome, Italy. With his vivid narrative and love for nonchalance, Niccolò captured and featured the REDValentino Spring/Summer ‘21 collection. He portrayed the models within the Esquilino Area in a realistic and natural way by using an unconventional and raw aesthetic. A photographical statement with no space for artifice or premeditated schemes, shot with a spontaneous, bold and radiant eye.

How did Niccolò Berretta come about as an artist and photographer? Would you define yourself as a storyteller?

My path began being the son of Andrea Berretta, a photographer specialised in architecture. The house where I grew up has always been full of cameras. I have been attending the fourth year of high school in Oregon, in Portland. With a disposable camera, I documented what was going on at some parties we were having with my skater friends. The group was called Beergutt and those are the first photos I like to remember as a photographer. In the early years of university, together with Federico Maria Tribbioli, Filippo Silli and Maurizio Montesi, we founded the Artcock collective, which undoubtedly had more artistic ambitions, while remaining in a street context.

In the past I have collected a couple of stories recording what was happening, collecting interviews and joining the pieces together. An example is the Vice Italia article “Una notte a Termini”. Setting this aside, I don’t think storytelling is my strong point.

Thinking that the station is one of the most long-lived and at the same time tremendously contemporary places existent sounds amazing. I believe that train stations are these places that embody the story of the present. Every person who passes through it tells his or her story and together with it brings pieces of what is happening in the world. Which is your first memory related to a train? Which has been the real reason that led you approaching this place of “passage”?

I started attending Termini because I needed to start a project that would keep me busy for years. Analyzing the various aspects, observing the changes without the rush of deliveries. The thing that pushed me was the curiosity to wait all these years in order to see what would come out as a whole.

Roma Termini Station is the main train station in the city of Rome, the largest in Italy and the fifth largest in Europe in terms of passenger traffic. Those who populate it are leaving or coming back, or eventually are leaving or waiting for someone dear. There are those who use it as a temporary home and those who use it as a means towards a long journey. People, just by observing them, tell their experience. In your work, which began in 2009, you have portrayed all these travelers, did you also have the opportunity to chat with these people while you were shooting them? How did they enrich your own person?

Some people remain reserved, if they are in a hurry they hardly speak to you. Then there are the curious ones, who ask you about the motivation for this project to happen. And then there are the weird ones, who make your ears bleed. For a while I went to Caritas, where I recorded the conversations I had with some of these people: it was very interesting, especially listening to them afterwards. Of these conversations I only kept the voices, I have never shot portraits. I have always kept the two parts disconnected to avoid pietism.

This documentation, this collection of stories, rather than enriching me, made me crazy!

Do you define yourself as a traveler like your subjects?

More than a traveler, I’m a habitual person passing by the station.

What was it like to include REDValentino in your book? Is this the first time you have included a fashion brand in your work?

Inside the book there is a text by Pierpaolo Piccioli, the Creative Director of the Maison Valentino, accompanied by some photos that I took for their spring/summer 2021 lookbook in a location which is my favorite place, the Esquilino district. I am honored by this contribution, when I started at 23 years old shooting in Termini I certainly wouldn’t have imagined this! Yes, it’s the first time that I include a fashion brand in my work, but it’s also the first time that I close a project after 12 years!

Regarding your collaboration with REDValentino, would you like to tell us a curios anecdote?

Well, you know that Termini is Termini and it certainly doesn’t soften just because you’re doing fashion. In a couple of cases we have been approached by guys who were a bit crazy, especially at the Esquilino Market, but luckily the situation stayed under control. I’ve always been visiting the Termini station alone, sometimes some friends would come to bring me a beer, for the first time the fact of walking the streets of Termini with a caravan of people in tow made everything quite surreal.

Which kind of plans do you have for the future? What will change, or not change, in your next project?

I would love to do a project abroad, particularly over the Balkans. For now, I am making collaborations with various artists set in the park near where I am living. It’s a kind of collaboration that goes directly into the negatives. For now I’ve been lucky enough to portray Sten and Lex, Carlo Gabriele Tribbioli, and Federico Maria Tribbioli.

I’ve also been to Naples, Stazione Garibaldi to do some portraits, the people are just too cool! I don’t rule out doing some small captures at various stations around the world.

Find out more about the Stazione Termini book

Mark Forbes makes us appreciate the beauty of everyday life

All sections
Stories
Social
Network
Online|Paper
About
The aim of a shop is to collect cool stuff.
Ours is to gather the coolest. 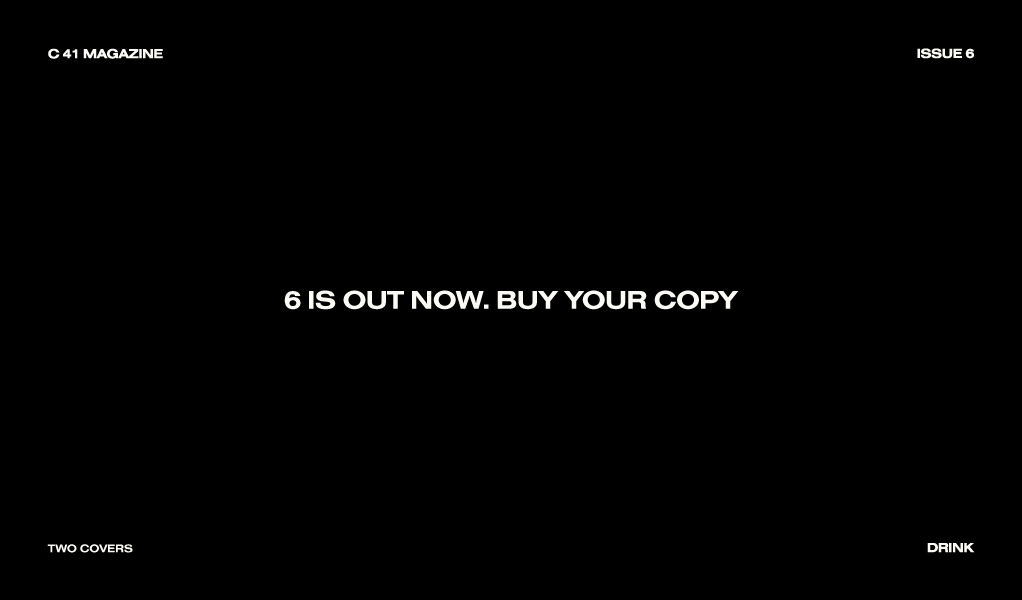 We use our own and third party cookies. If you continue browsing we consider you accept the use of cookies.
Ok